Has your Mac been acting up? Things could require more than just a restart to get it operating normally once more. The PRAM and SMC on any Mac can be reset using the instructions in this step-by-step guide.

Resetting the PRAM and the SMC is a quick and simple way to get your Mac back to normal if you’ve tried the standard troubleshooting techniques, like restarting or closing down the apps you’re using, but they don’t appear to address your problems.

However, if you have exhausted all options, then you must take your MacBook to a MacBook repair service center to get the problem resolved.

PRAM is the memory where your Mac’s essential information is kept. PRAM, which stands for parameter random access memory, is where settings information for the operating system on your Mac is kept. These system settings details cover the time zone, speaker volume, display options (such as resolution and color depth), and more.

Information saved in the PRAM is permanent, unlike RAM, which is similar to your computer’s short-term memory, therefore it is not cleared. Instead, the PRAM makes use of a small internal battery to preserve these settings even when your Mac is off.

How to Reset PRAM on a Mac

Resetting the NVRAM on an M1 Mac is as easy as restarting your computer because it happens every time you restart. Simply shut down your M1 MacBook or Mac Mini completely, wait a few seconds, and then push the power button to turn it back on.

It doesn’t matter if your older Mac uses PRAM or NVRAM because the reset procedure is the same for both, and it’s quick and simple.

Here’s how to restart your Mac’s PRAM:

Because they are machines, Macs occasionally have problems. However, you can also take your Mac to an authorized MacBook repair shop to check for problems

The SMC (system management controller) is a chip on Intel-based Macs that manages important physical components of your computer. In contrast to the PRAM, which focuses primarily on operating system software, the SMC manages a variety of hardware features like cooling fans, status lighting, system performance, and power supply.An SMC reset could be useful if you’re having power-related problems or your Mac won’t start.

Problems with the SMC are among the most problematic because it controls temperature, power management, and battery performance.

Here’s a list of some of the main symptoms you may experience if your SMC malfunctions:

How to Reset SMC on a Mac

On any Mac model, follow these steps to do an SMC reset:

On any M1 Mac, the SMC doesn’t need to be reset because there is nothing to reset. These computers don’t even have a system management controller—the M1 chip handles all SMC tasks.

It has been mentioned in some Apple forums that turning off your Mac and waiting for 30 seconds seems to function as an SMC reset. So you can attempt this approach if you face any of the SMC problems stated above.

You’ve tried everything to get your Mac to behave normally, including restarting it, clearing the NVRAM, and using all the tips and techniques for making a slow Mac faster. To figure out what’s going on, you even performed more than 50 diagnostics simultaneously, but you came up empty-handed.

Resetting the PRAM and the SMC is a quick and simple way to get your Mac back to normal if you’ve tried the standard troubleshooting techniques, like restarting or closing down the apps you’re using, but they don’t appear to address your problems. However, if you have exhausted all options, then you must take your MacBook to a MacBook repair service center to get the problem resolved

User Rating: Be the first one !
Tags
MacBook Repair 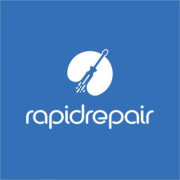 Rapid Repair is a trusted mobile repair shop, providing best in class iPhone, iPad, MacBook and OnePlus Repair. We are offering world-class Mobile Repair services to your gadgets like iPhone Repair, iPad, MacBook, and One Plus mobiles. Our technical experts will literally bring your gadgets back to life.

5 Facts You Didn't Know About Impact of Social Network Malware

Who are selective pallet racking manufacturers in India

How to choose the perfect essential oil boxes

Personalized Gifts For The Best Friend

The Key To A Perfect Occasion: Online Cake Delivery In Amravati
46 mins ago

The Key To A Perfect Occasion: Online Cake Delivery In Amravati